Be Who You Are and Be that Well

When I was younger, I had a timeshare with friends at the beach for nine years.  Our weekends were filled with long, lazy days on the beach where stress was as foreign as “Pasta e Fagioli”.  The late afternoons were spent on the deck with frozen drinks that sometimes went on late in to the evenings before we would even think of going out for the night.  On one particular night, my friends and I were having an especially good time; seeking fun elsewhere didn’t even seem necessary.  We kept with our routine though and headed for the bar.  There were hundreds of people gathered there, but I was enjoying my friends so much I didn’t really venture out of the corner we had claimed. Eventually I met a man, “Joe”, but was really more interested in continuing the time with my friends.  I bounced back and forth between my friends and “Joe” for a little while, with the lesser time and attention being spent on him.  When I returned to him the last time, he was quiet, but what he said endeared him to me instantly!

He told me the time I had arrived. The time! He knew the actual moment I had walked into the restaurant! I asked my friends what time we had arrived, and he was right! I remember still being lost in his last comment when he continued that he had been waiting all night long to talk to me. I was the only person in the place he wanted to talk to and now that I was finally standing there before him, he did not know how to talk to me. I did not walk away so quickly after that and when I did, I made sure “Joe” was with me the whole night.

In marital sessions, one of the things clients hear me say repeatedly is, “Talk outside of your head.”

The whole world makes sense inside our heads, but we tend to only give people part of the picture, assuming the rest is known or understood.  This tendency is often amplified greatly in dating. We can over examine our thoughts, get in our own way and divulge even less of what we’re really thinking and trying to say. The scenario above could have turned out very differently. Truth be told, I had little, if any, interest in “Joe” even though every other woman in the place seemed to. He stood 6’5″ with brown wavy hair and had the profile of the late actor, Christopher Reeve. Because of his striking good looks, I mistakenly assumed he would be arrogant and shallow. Nothing could have been further from the truth. He tried in no way to impress me, which would have been a definite turn off. On the contrary, when he showed his vulnerability, I saw him in a completely new light.

The irony is this: So often we exasperate ourselves trying to find just the right thing to say, whereas if we only would say what we are truly thinking, we would be received much better.

Remember this:
It is always better to be rejected for who ‘you’ are than to be liked for who you are not.

Very often clients say to me, “I get so nervous, I don’t know what to say.”

Say that – that you do not know what to say! See, you do know what to say! It had worked for “Joe”, and it will work for you too! If it does not, he/she does not value truth and you would rather keep walking then anyway.

The biggest notion to get away from is that there is a right, wrong, or even magical thing to say or do. We cannot make people like us, ever! Some people will be crazy about us that we really wish would go away. No matter what we do, they won’t. With others, we may strive with all we’ve got to have them find us attractive. Yet, no matter what we do, no matter what games we play or what rules we follow, it will just never happen.

I was fortunate to have many male friends growing up, especially in my twenties. We all learned a lot from each other about dating and the opposite sex. I was always perplexed by the waiting game the men would play. One of them would meet someone he was really interested in, but purposely not call her for a predetermined number of days. They didn’t want to appear too anxious. Why? To a girl who is interested, it is flattering to know that he is excited! To a girl who is not interested, three days is not going to suddenly make her interested! The point? Go with the truth of what you feel. If you feel excited, express it both verbally and in your actions.

Of course, there is such thing as going overboard and I do not recommend calling someone daily that you have just met. You had a life before you met her and need to continue that life afterward as well. Be reasonable, but show what you are thinking and feeling.

Be you! There is nothing more attractive!

The first ‘date’ that my sister, Lisa, went on with her husband, Jim, was not a known date to her. They had been in a wedding together and the couple just married lived an hour from them both. Jim asked Lisa if she would like to ride up together to see them, but she knew nothing of his romantic interest in her. She was just going to see her friend. Lisa was a big fan of the Seinfeld TV show and she was demonstrating the ‘Elaine dance’ for her girlfriend, cracking up and just having a good old time. (Remember, she had no idea she was under first date scrutiny.)  Jim had not been a Seinfeld fan and had no idea what she was doing. He literally asked her if she was OK and thought she may have been having a seizure! Needless to say, once she discovered his attraction for her, she had no concerns of being her true silly self right from the beginning. They were married the following year.

If there are particular reasons as to why you desire to stop dating the person,
then the even kinder thing to do is to share those insights with them
that can assist them in future dating relationships.
Not in a mean-spirited way, but in kindness.

Sometimes a first date may not have an overwhelming impression until you have had time to process it, possibly even discuss it with others. I am a firm believer in the three strike method. Do not discount someone after just one date. They may have been nervous. You may have been nervous. This may not have been an ideal time to assess whether the two of you are compatible or not. If after three dates, however, you are still not experiencing any attraction and do not see potential for moving forward, the kind thing to do is to let them know so you do not waste the other’s time. If you do at first see potential and date for awhile but discover there are particular reasons as to why you desire to stop dating them, then the even kinder thing to do is to share those insights with them that can assist them in future dating relationships.  Not in a mean-spirited way, but in kindness.  You may be walking away for the same reason the last ten dates did. If the person has no knowledge as to why, the next ten will walk away as well, which is why it is kind to share these things with people, no matter how difficult.

Can you imagine what a different world this would be if people received honest, kindly  feedback, both positive and negative, on a regular basis? I remember reading something that comedian/actor Paul Reiser had said in an interview years ago that always stuck with me, “Ask most guys why they marry the woman they do, and they’ll tell you, ‘”She’s the first one who called me on everything.”‘ All the things you tried to get away with in the past, all the games you designed and mastered for the express purpose of keeping people at arm’s length were, it turns out, all just a weeding-out process, a search for the one person who doesn’t fall for it-the one who can sidestep your tricks and see right through you. And ironically, you’re not upset. In fact, you’re impressed. You think, ‘”Wow, good for you.”‘ and the message goes forth: ‘”Okay, no more calls, we have a winner'”.

In other words, not only is it important to be yourself, but to see someone for their true selves and reflect that back to them.

If our friends, families and dates are constantly honest with us, we could more easily set aside our unreasonable fears. We would not have to walk around with the “what ifs” because we would already know what we truly have to work on and what our strengths are.

Again, I tell you, it is better to be rejected for who  you are than to be liked for “who” you are not. The first line of attack to each of these fears is to look at them up close and personal.

God made you, quirks and all.
This does not mean to not strive to be better in areas you have identified as needing growth in,
but it does mean to truly accept yourself first and go from there.

I always teach my clients the importance of answering the questions of their fears and anxieties. Never leave “what if” statements hanging. That is where they gain their momentum and power.

For instance, “What if I’m not smart enough?”

Answer it.  “Then we will always have miscommunications and misunderstandings and it is better to find out sooner than later.”

You want someone more suitably matched to your own intellect.

Answer it.  “Then he/she does not get my sense of humor and would not be a good match anyway.”

You get the idea. Be thankful and move on.

I always feel so sad when women say, “Men don’t find me attractive.”  I always tell them that you don’t need men to find you attractive. You just need one man. If God has created you for marriage, then He has placed that attraction in a man’s heart.

God made you, quirks and all. This does not mean to not strive to be better in areas you have identified as needing growth in, but it does mean to truly accept yourself first  and go from there. When you try to be something other than who you are, it is like telling God, “You made a mistake when You made me. I was supposed to be ___________”- (you fill in the blank).

He made you in His likeness and image (Genesis 1:26).  What could possibly be better than that? 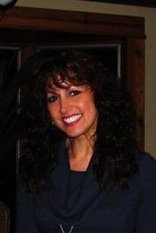 Karen Rumore, MSW, LSW
Karen Rumore, LSW, MSW, is a Licensed Counselor and Certified Christian Life Coach in Pennsylvania. Karen has over 20 years of clinical experience as a psychotherapist in working with individuals, teenagers, and couples.Specializing in healing relationships, depression, anxiety, anger management, trauma, eating disorders, and other psychological issues. View her Profile information about her Counseling and Life Coaching services.