Marriage Is A School of Sacrificial Love

One of the many blessings that flow from the Catholic Church’s unswerving stance against divorce – or better, for the permanence of marriage – is that the Catholic theology of marriage has a depth and richness rarely found in Protestant thought, and wholly foreign to secular thought.

Many threads make up the theology of Catholic marriage.  Some threads do overlap with Protestant thought – e.g., marriage as an image of the union of Christ and the Church. Other threads tend not to, particularly those that focus on marriage as a pathway to holiness; as a “school” of sacrificial love; and as a microcosm of the Body of Christ – because Protestant thought tends not to emphasize holiness, sacrifice, and the Body of Christ. And any theology based on marriage as a sacrament, of course, is foreign to Protestantism.

Regarding marriage as a pathway to holiness: the Catholic tradition does not specifically endorse the romantic idea that I and my spouse were destined for each other, out of all people in the world (except in the general sense that all things fall under God’s direct or permissive will). However, once spouses enter into sacramental marriage – once they make the covenant – the spouse then becomes a particularly powerful means of sanctification, especially designed, by who he or she is, to make the other more like Jesus.

Iron sharpens iron, and one person sharpens the wits of another.
(Proverbs 27:17)

For example, my wife Mary’s wisdom, gifts, and shortcomings (few as the latter are) are exactly what I need to make me the best man I can be; as mine are for her to become the best woman she can be. The ways we inspire, as well as exasperate each other, strengthen us by bringing out our best, and purify us by bringing up our worst so that the latter can be dealt with. Marriage is a crucible, burning off the dross and making the gold purer and brighter. The crucible requires an unshakeable commitment to the other: no matter how tough it gets – “I’m here for life”; the close quarters and vulnerability to the other is for life; there’s nowhere to hide – and for the sake of the marriage and my spouse, neither do I choose to hide.

Marriage is a school of sacrificial love, on many levels. First, God, in His sense of humor, put men  and women – Mars and Venus – together in marriage. Decades of scientific research have shown there are biological sex differences in psychology and physiology of characteristics associated with male and female humans. Not to mention the countless number of comedians and columnists who have made a living for centuries over male and female differences, and however much genderlessness or self-determined gender identity is the politically correct stance of this mightily confused age, we instinctively know (and smile about) the reality of biology-based distinctive gender differences.

For example, men (get ready for this!) tend to be more sexually motivated and not into deep conversations about their feelings. Women (drum roll) are not as sexually motivated but are usually game for – deep conversations about their feelings. Obviously, then, for a marriage to work, men will make love to their wives less, and talk about feelings more, than they would be inclined – and vice versa for women. Similarly, men will need to pay more attention to table manners and other social niceties, while women spend less energy remaking their husbands. The gist of the above is that marriage, as a union of two genders, means stepping out of oneself enough to learn the other’s needs and perspectives: making those needs important to oneself just because those needs are important to the other.

Besides gender differences, the very closeness and “inescapability” of marriage means rubbing up against the other’s personality differences on an at least daily basis. One’s a spender, the other’s a saver; one talks a lot, the other’s quiet; one loves to socialize, the other prefers a quiet evening at home; one needs to process, the other wants a quick decision; one’s “love language” (Gary Chapman’s “The Five Love Languages” does a great job with this concept) is affirming words, the other’s is acts of service – such as cleaning the garage or making dinner. It requires love, love, love  to take the time and effort to work through these differences, compromise, listen even when the other seems to be completely unreasonable, and mend fences as quickly as possible after the inevitable disagreements.

Finally, marriage is a microcosm of the Body of Christ – the Body’s smallest building block, after the individual Christian. This has profound implications. It means that together we reflect the complementariness and variety of gifts in the Body.

The Catholic tradition does not specifically endorse the romantic idea
that spouses were destined for each other.
However, once spouses enter into sacramental marriage – once they make the covenant – the spouse
then becomes a particularly powerful means of sanctification, especially designed,
by who he or she is, to make the other more like Jesus.

“None of us has it all together, but together we have it all” :

My wife, Mary, has the gift of quiet wisdom; I have the gift of the gab and of thinking quickly on my feet. Mary knows her feelings instantaneously – and usually mine as well; but she’s told me that I “keep her steady” with my relative absence of moods. Mary keeps track of the personal details in our friends’ and relatives’ lives: number of children, birthdays, whose parents are deceased (yup, I tend to forget such inconsequential details); I’m usually good for an (almost always) clean joke. It’s a wonderful antidote to envy: I don’t have to have that particular gift or talent, as long as one of us has it to some degree. You know that love has ripened when you are just as happy to see a gift shine and be recognized in your beloved as  when it does so in you.

The love that the above aspects of marriage require make it so right that marriage is a sacrament. How could Christ not be the center  of such a feast?  How could such a daily living out of love – extended, as well, to the children born out of the holy union – not require the special graces the sacrament brings? Such a school of love is a dynamo that brightens the world: a good Christian marriage and family is a powerful instrument of evangelization and witness, a unique and radiant instance of “see how these Christians love one another”. How marvelous that the grace of the whole “Body of Christ“ abundantly blesses this union. It is no accident that Heaven is called a “wedding feast”: a marriage steeped in and enlivened by Christ is the closest thing to Heaven on Earth. 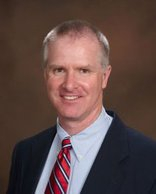 Sean Stevens, Ph.D
Sean E. Stevens, Ph.D is a Licensed Clinical Psychologist located in Omaha, Nebraska.Dr Stevens offers to all his Catholic / Christian clients a Christ-centered, scripturally and theologically sound counseling approach. He is experienced in treating a variety of issues, including depression, anxiety, abuse, dual diagnosis, addiction issues, and grieving. View his Profile for more information about his counseling services.