Re-Discovering Marriage Through the Lens of the Mass

Raised an evangelical Protestant with degrees in Christian Ministries and biblical studies, and an ordained Pastor, I would have never imagined that in 2003 my wife and I would be received into full fellowship with the Roman Catholic Church.  The three-year journey of study, discussion, questioning and turmoil in my effort to resolve the psychological dissonance of the path I was on would eventually cost me my ordination, the respect of many colleagues, and even some friendships.

Although educated and ordained to enter pastoral ministry and then teach at the seminary level, I made a previous course change in 1983 that navigated me in the direction of counseling. After earning my master of arts degree in counseling at Denver Seminary in 1989, I began working in the field as a Marriage and Family Therapist. It has been such a privilege and honor to serve individuals, couples, and families in this capacity and integrate my faith both explicitly and implicitly in the process.  By the age of 50, I finally attained another goal of receiving my PhD in Human Services. The Indianapolis-based group mental health practice I founded in 1993 was continuing to grow and I was even serving as the Interim Pastor at several churches in the area on the weekends. Life was enriching and good, very good.

And then I started reading, first the writings of the early Church fathers, then some contemporary Catholic converts, scholars and apologists. It was making sense to me, but disturbing me all at the same time. My wife, Margie, being the more spiritual one in our marriage, just kept praying. Her path would intersect beautifully with mine so we would make this life-changing decision together. One friend of mine, a former Presbyterian Pastor who was my voicemail representative back when we all had to carry pagers, heard of my study and wanted to meet to talk (usually code language for “talk me out of this craziness”). It turned out he was a graduate of Gordon Conwell and when I brought up the name of one of the authors I was reading, Scott Hahn, my friend knew the name as a former classmate. He offered to reach out to Dr. Hahn and make a connection for us. That was a significant point in the journey as Scott and I had a common friend, we discovered, in Rich Mullins, the contemporary Christian song composer and artist whose career nearly launched the music industry of Christian music. Rich was a classmate of mine in Cincinnati at the college and seminary we attended and one who was always curious about Catholicism. Dr. Hahn shared that he was working with Rich to prepare him through private catechism to enter the Catholic Church on the feast day of St. Francis. Tragically, Rich was killed in an auto accident only days before that planned event, which is why I chose St. Francis as my own patron saint a few years later, Easter Vigil of 2003, when Margie and I were confirmed in the Catholic faith.

People often ask me what it was that prompted such a conversion. It came down to several key elements, but the liturgy of the Eucharist was the most prominent of all.  If the Eucharist is what the Church claims it to be, how could I not enter the one, holy, Catholic and apostolic Church? One recent Sunday, my wife and I were inspired by the Gospel account of the two disciples on their own journey to Emmaus, who were interrupted by the risen Jesus himself. Why had I never noticed or been taught that it was not the expositional hermeneutic of biblical interpretation that brought awareness to these two followers, but the breaking of bread. I knew that phrase is shorthand for Holy Communion and yet, I had not realized it was a liturgical context presided by Christ Jesus that opened their eyes to see what Scripture could only inform them about. The cognitive truth became actualized as a real and experiential truth in their celebration of the Mass in that divine encounter.

So, liturgy was the key for me! That’s why, when I decided to finally write the book I had started several years earlier on marriage, I chose the rubric of the Mass as the key to explain the fundamentals of marriage.  My book The Liturgy of Marriage   has been published and Available HERE.

My wife and I are also presenting these principles and truths in parishes and retreat settings anywhere the Lord leads and the doors open.

Our purpose is two-fold; to strengthen couples in their relationships and to heighten their understanding and appreciation of the liturgy of the Mass through our conversion stories. Pray for us as we continue in our journey of faith!

You can learn more about the speaking ministry of Tim and Margie Heck by visiting their website: Liturgies.org 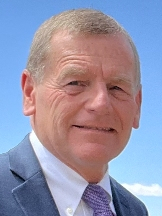 Timothy Heck, PhD, LMFT
Timothy A. Heck, Ph.D, LMFT is the Founder and Clinical Director of Family Counseling Associates with several office locations in Indiana.He has over 30 years of experience in clinical practice and specializes in Pre-Marital and Marriage Counseling for couples. He also specializes working with Adult Individuals for treatment of Mood Disorders, including Adjustment Disorders, Depressive Disorders, Bipolar Disorder, and Anxiety-Related Disorders.Dr Tim Heck draws upon both the intrinsic and interpersonal models in his effort to assist clients in achieving a high level of self-awareness and self-leadership, all the while integrating their faith tradition in the most empowering way possible. View his Profile for more information about his counseling services.